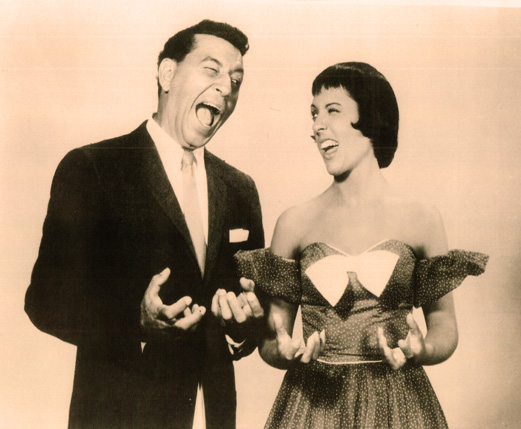 Louis Prima and Keely Smith - For a time in the 1950's, they were reigning King and Queen of Las Vegas.

Louis Prima and Keely Smith – For a time in the 1950’s, they were reigning King and Queen of Las Vegas.

In the 1980’s, legendary Las Vegas madman and trumpeter extraordinaire Louis Prima was immortalized to a whole new generation of fans via David Lee Roth‘s version of Prima’s classic Just A Gigolo/I Ain’t Got Nobody. Prior to that, Prima was known to collectors and people old enough to have seen him and his then-wife, singer Keely Smith perform in Las Vegas, where they held court for the better part of the decade of the 1950’s.

And in case you thought Prima was only responsible for the aforementioned Roth hit, they had a lot more, including tonight’s track “Buona Sera” which gives some idea of how insane the band were and how influential they were for just about every Vegas lounge act that came after them.