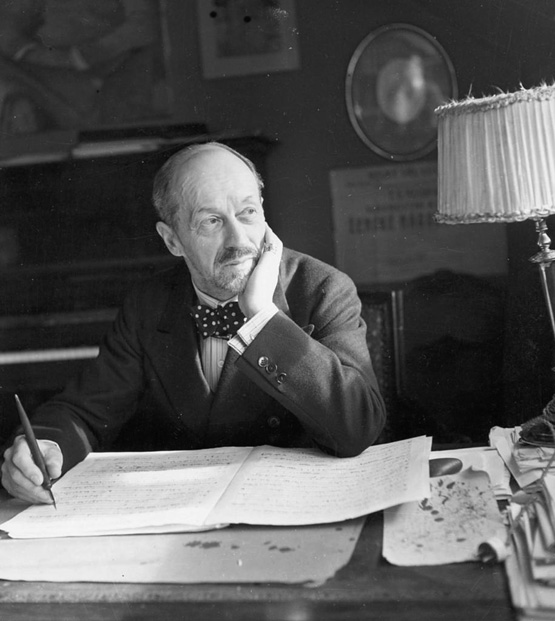 Albert Roussel - came to music late in life and then more than made up for it.

Albert Roussel – came to music late in life and then more than made up for it.

Over to French radio again. This week’s concert comes from The Strasbourg Music Festival, circa 1954, conducted by Frank Martin and featuring the music of Albert Roussel.

Rhapsodie Flamande for Orchestra, written in the 1938. Roussel was a very prolific composer who ironically came to it late in life. He was also a contemporary of Ravel and Debussy, while blazing his own path.

Rhapsodie Flamande probably hasn’t gotten nearly as much exposure as some of his more large-scale works, so it’s a welcome addition if you’re hearing this for the first time.