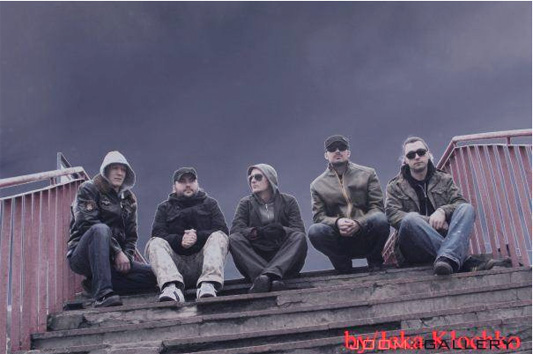 The Pollock - new sounds from Kiev and a debut album coming out.

The Pollock – 2012 – Nights At The Roundtable: Rock Without Borders Edition

The Pollock – new sounds from Kiev and a debut album.

Click on the link here for Audio Player: The Pollock – Grey Eyes

I first ran across The Pollock about a year ago while doing a World Surf for new and interesting bands to eventually post in Rock Without Borders. I was struck by how good this band was and, come to find, part of a hotbed of musical activity there was coming from The Ukraine.

So a little over year later and The Pollock are still at it – struggling like so many bands, but coming out with their debut album, While You Sleep.

Tonight’s track is off that album and it’s one of my favorites. Grey Eyes, sung in English (as all their material is), is haunting and moody and gives some indication this band is ready to get beyond their borders and start gigging around Europe, and hopefully wind up at SXSW maybe next year.

Check out their website and spread the word – they can use it.