Folk / Nights At The Roundtable / Past Daily / Rock Without Borders / Uncategorized 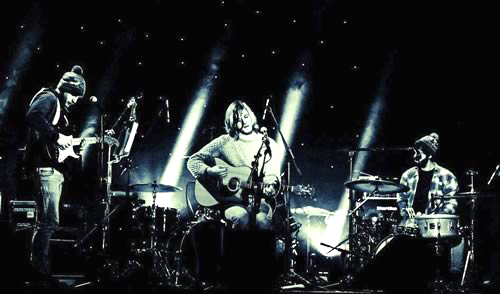 Wolves & Moons - Taking it down a few notches tonight.

Wolves & Moons – Taking it down a few notches tonight.

Click on the link here for Audio Player: Wolves & Moons – Nothing Ever Shone In The Sun -2011

I suppose you could consider Wolves & Moons to be Rock Without Borders, since the band is based in Paris. However, the founder and leader is Richard Allen, who is from the UK, and has been living in Paris the past 18 years, so it’s splitting hairs.

In any event, Wolves & Moons is a nice mixture of acoustic and Alternative.Tonight’s track, Nothing Ever Shone In The Sun has been getting a lot of notice on the Continent, with Paris-based website/record store/concert promoter/alternative Oasis, Balades Sonores offering the track on their October Sampler of must listen-to tracks to check out on Soundcloud.

And maybe you’ll think so too.