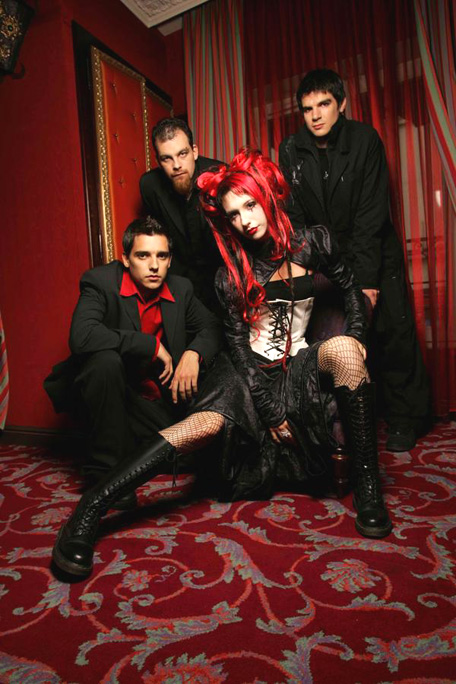 Mypollux - with the inimitable Lussi on vocals - French Heavy Metal with a twist.

Mypollux – 2008 – Nights At The Roundtable: Rock Without Borders Edition

Mypollux – with the inimitable Lussi on vocals – French Heavy Metal with a twist.

Click on the link here for Audio Player: Mypollux -Plus a Meme – 2008

Hovering between Power-Pop and Heavy Metal, Mypollux is (or was, it’s hard to tell) a French band that’s been going since 2001 (or 2002 depending on which bio you read). They’ve been having a modicum of success in Europe and three albums to their credit.

Lead singer Lucie Lebrun has been performing as a solo act since 2008 as Lussi in the Sky, and it isn’t clear whether she’s left the band or this is a side project. But I’m sure we’ll be hearing more from her in the future.

But for now – here’s a taste of French Heavy Metal.