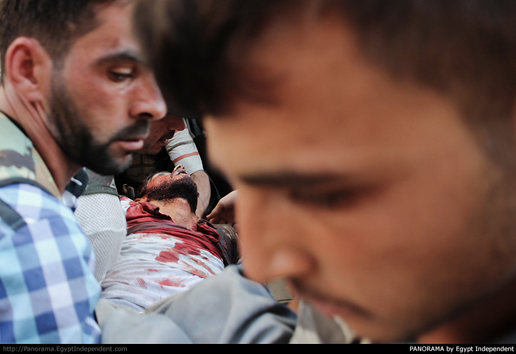 The situation in Syria - the shame and the stakes are very high.

The situation in Syria – the shame and the stakes are very high.

Click on the link here for Audio Player: World_Music_Matters_Samih_Choukeir

With all the news regarding Syria and the endless struggle going on, we tend to miss those elements of a movement that may seem not so important to the casual observer, but which are crucial and vital elements to the morale and spirit of those caught in the conflict. One of those is music.

I ran across this piece last week via Radio France International and their English Service on composer, musician and singer Samih Choukeir, who has been an active voice-of-conscience for over 30 years in Syria. The short piece (about 10 minutes), gives a background on Choukeir and conducts a (translated) interview and plays some of his work.

It seems the music of Protest in Syria is indeed dangerous, as many contemporaries and fellow artists in the Free Syria Movement have been targeted and murdered by the regime for their music in recent months. That Samih Choukeir continues to deliver his message of freedom of speech and political-commitment is something of a miracle in itself.

And that’s why this radio documentary is important listening and why you need to bookmark RFI’s English Service. Just suggesting.

BTW – the photo above was shot by the remarkable photographer Ahmed Deeb, who is one of the most astonishing photo-journalists working in the Middle-East.