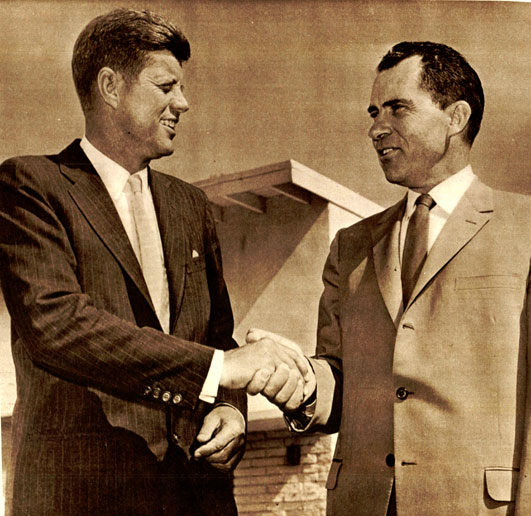 With the third Debate over the previous night, October 24th was the home stretch for the 1960 Presidential Campaign. As a recap of the race to the White House, CBS News ran a documentary on where the John F. Kennedy/Lyndon Johnson and Richard Nixon/Henry Cabot Lodge campaigns stood in the final days before the election.

It’s a fascinating contrast to the 2012 Political season. One that gives some indication elections weren’t always the way they are now.

And that’s not a good thing.

So if you were around on this day in 1960, this is what you’d undoubtedly be hearing via mainstream media.

And even that was different.

Editors note: As was pointed out to me by one of my trusted and eagle-eyed readers, I made the grave mistake of taking the recording date on the tape box at face value. It said the date was October 24, 1960 – as my friend pointed out, the actual broadcast date was October 14th, 1960. My apologies to readers/listeners who thought this was the right date, but it was in fact, ten days earlier. Sorry for the screw-up.