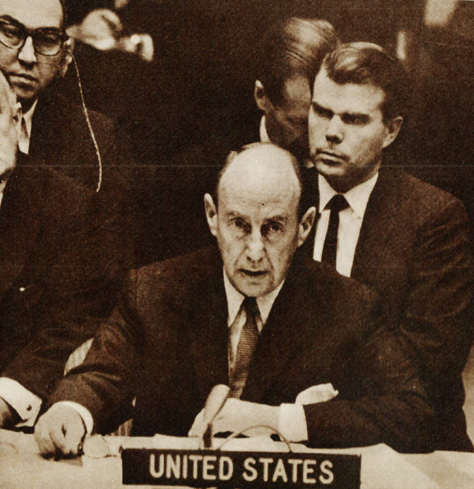 On this day in October of 1962 – Day 9 of the Cuban Missile Crisis, there were signs the crisis could have a resolution. This address by Ambassador Adlai Stevenson is not the famous showdown with Soviet Ambassador Zorin, but rather an update on the crisis up to that point and the disclosure that the Soviet Union was willing to negotiate the Cuban situation via the United Nations, and further disclosing the U.S. was willing to negotiate as well, based on UN Secretary General U Thant‘s request for a summit conference between Kennedy and Khruschev.

Here is that address from the United Nations.