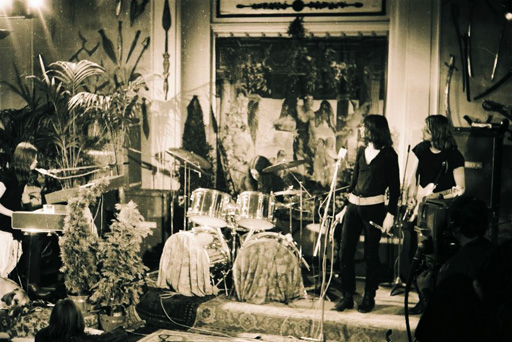 Supersister - At the forefront of Prog-rock in the 70's.

Supersister – At the forefront of Prog-rock in the 70’s.

Click on the link here for Audio Player: Supersister In Session at VPRO 1971-72

Since I had put up Genesis in Concert from 1972 earlier today, I thought it would only be fitting to include a band who were contemporaries and colleagues from the same period. Supersister were a band from Holland who helped lay the groundwork for the quickly blossoming Progressive Rock movement in the early 1970’s.

A band that made not much dent in the U.S. from a commercial standpoint, but were wildly influential with many bands here and in Europe, and are still regarded as pioneers in one of the pivotal periods in music that signified a true break from mainstream Pop and Rock.

Here are two sessions they recorded for VPRO, the domestic Radio network in Holland in 1971 and 1972.

Sadly, the sound quality isn’t really all that good. It’s a little murky in places and the recording just isn’t up to standard. But it’s a rare live session from the band during their most memorable period and because of that, it’s an important historic document.

Maybe someday someone will unearth better sounding tapes. But for now, here’s a taste of one of the truly great bands of the early 1970’s.