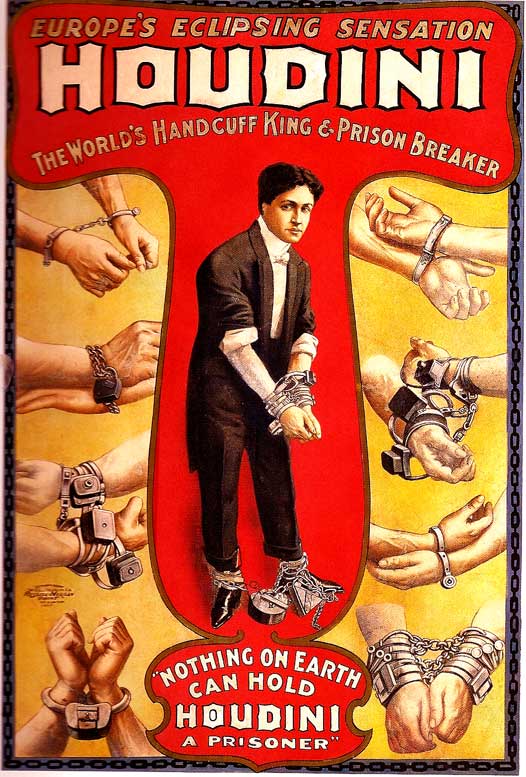 In what was promised to be the media event of the decade, the legendary illusionist, magician and escape artist Harry Houdini, who had died on Halloween night 1926, had promised to make an appearance from “beyond the grave” ten years after that fateful night.

Assembled around the microphone in Hollywood for this world-wide broadcast were his widow and various luminaries from the Vaudeville and Magic world in what was hoped to be a message from the celebrated Houdini, as offer of proof there was communication with the dead.

If you’ve never heard it, maybe it’s best not to give the ending away.

Let’s just say – if you remember the infamous Al Capone Vault Event with Geraldo Rivera in the 80’s, you’ll get some idea.