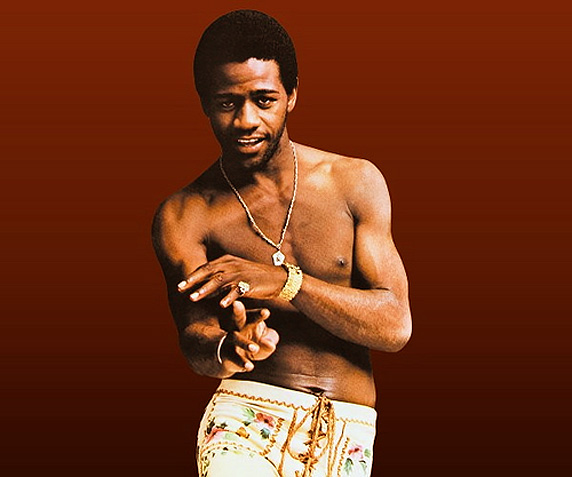 Al Green - in the 70's, one of the top five practitioners of Music To Shag To.

Al Green – in the 70’s, one of the top five practitioners of Music To Shag To.

Click on the link here for Audio Player: Al Green In Session – 1973

Since we’re in the midst of fundraising tonight (via FundRazr and Past Daily on Facebook), I thought I would toss up something special to kick off the Fundraiser and kick off November.

The legendary Al Green. Tonight via an episode of the In-Concert TV series from ABC-TV in 1973.

In the 70’s, Al Green was probably the most popular singer when it came to Music to Shag To. I’m sure more families got started because of him than any other singer of that decade.

If you’re familiar with him, you know – or you probably remember. If you aren’t – put this on the next time you get to fooling around, and see what happens.