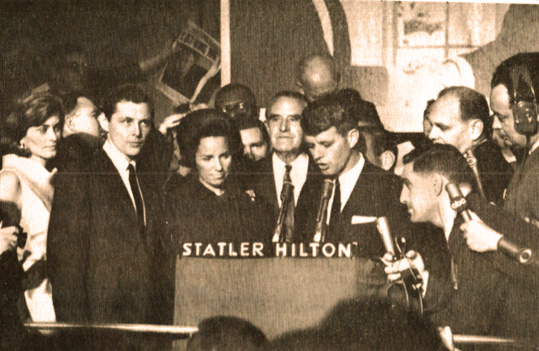 Click on the link here for Audio Player: 1964 Election Night

Another election night – this one from 1964. Another election with surprises and another election that repudiated a hijacked political party. Barry Goldwater went down to a resounding defeat and, like this recent election, had caused an enormous amount of soul-searching.

This broadcast, part of a 12 hour marathon, starts with Robert F. Kennedy’s victory speech, having won the Senate race for the state of New York. And for the next hour the story continues to unfold. Listen for some of the names, particularly those of future Watergate figures. It’s fascinating.

History from another election in another time, exactly as it happened on November 3-4, 1964 via ABC News.