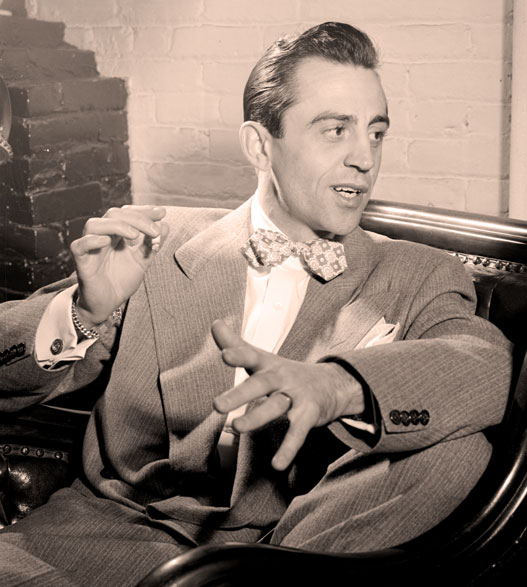 Boyd Raeburn - one of that crop of 1940's upstarts who laid the foundations for Modern Jazz.

Boyd Raeburn – one of that crop of 1940’s upstarts who laid the foundations for Modern Jazz.

Click on the link here for Audio Player: Boyd Raeburn – Two Spoos In An Igloo – 1944

Listening to this now, it certainly doesn’t sound like a piece of radical music-making, but in 1944 the music of Boyd Raeburn (and several others including Stan Kenton) were the writing on the creative wall that something was afoot.

Largely relegated to recording for small independent labels, the music of Boyd Raeburn was pretty much ignored by mainstream media. And it wasn’t until after World War 2 that the audience and the economics changed and became accepting of “this new music”.

Raeburn recorded a lot for the radio transcription companies because they were available and the companies weren’t all that choosy; they just needed material and a lot of it.

Of the several sessions Boyd Raeburn cut for Lang-Worth, tonight’s track comes from a 1944 session. Two Spoos In An Igloo has all the makings of early Bop, and it wouldn’t be for another year or two that the audience would start to take notice.

Sometimes it’s a drag being the first kid on your block.