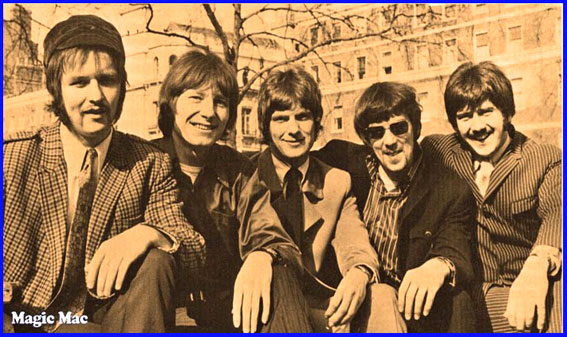 The Artwoods (with Jon Lord, second from right) - A serious attack of talent.

The Artwoods (with Jon Lord, second from right) – A serious attack of talent.

One of those bands in the 60’s that evolved into many different things while being highly respected. The Artwoods, with legendary keyboard player Jon Lord started life as The New Art Wood Combo in the early 60’s and then morphed into The Artwoods. Briefly morphing into The St. Valentine’s Day Massacre and then becoming Santa Barbara Machine Head. Briefly morphing into The Flowerpot Men before Jon Lord left to form Deep Purple.

Tonight it’s one of the tracks from The Artwoods – a single cut for the Parlophone label in 1967. In The Deep End is that mixture of Psych/Blues and Pop. And while it didn’t score in the charts, was another one of those tracks that offered further evidence The Artwoods were a seriously talented band.