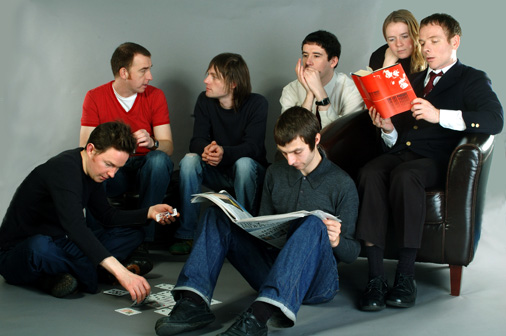 Belle & Sebastian - Wildly popular Indie/Alternative band throughout the rest of the world, but not so in the U.S. - go figure.

Belle & Sebastian In Session – 2002 – Nights At The Roundtable

Belle & Sebastian – Wildly popular Indie/Alternative band throughout the rest of the world, but not so in the U.S. – go figure.

Click on the link here for Audio Player:Belle and Sebastian in session – 2002

For some reason, Belle & Sebastian haven’t established a large fan-base here in the U.S. – after numerous albums and singles, all released to critical acclaim by the Press, Belle & Sebastian are still having a hard time making in-roads.

But if you aren’t familiar with them, here’s a great place to start.