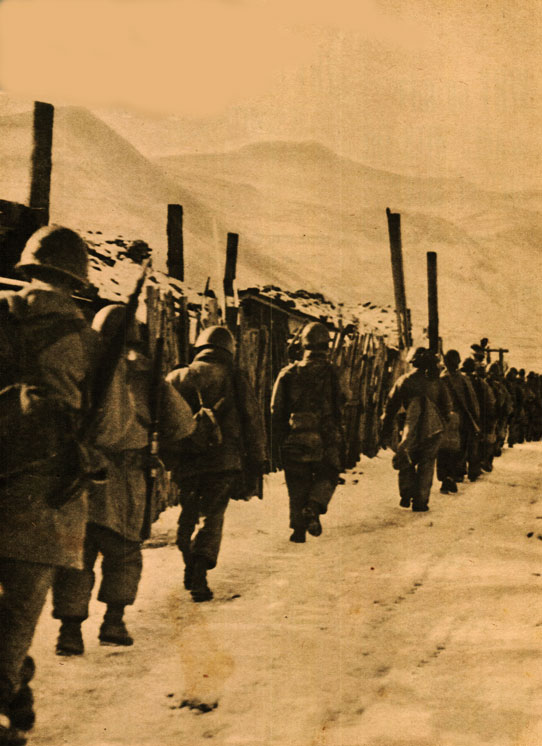 Click on the link here for Audio Player: News for Week of November 28, 1950

No picnic, this week in November of 1950. Starting off with an out-of-control bus on a mountain road in Colorado to a much hoped-for “Final Push” in Korea, it was just a haywire week in the world.

Between all that was news of a Red Chinese delegation heading to the United Nations to complain over U.S. aggression in Formosa. Word that, as of this week in November, the Korean War had become the 4th costliest in U.S. history (and we were only 5 months into it). Re-commissioning World War 2-era ships to be sent to Korea, and with all that, hopeful proclamations that the war could be over by Christmas. It didn’t seem likely, considering the buildup.

Elsewhere was news of a fatal train crash on Thanksgiving Eve, a state visit to England by Queen Juliana of The Netherlands and an interview with British Playwright Christopher Fry over his wave of successes on the stage.

That, and much more for this week in November of 1950 as reported over NBC Radio‘s Voices In The Headlines.