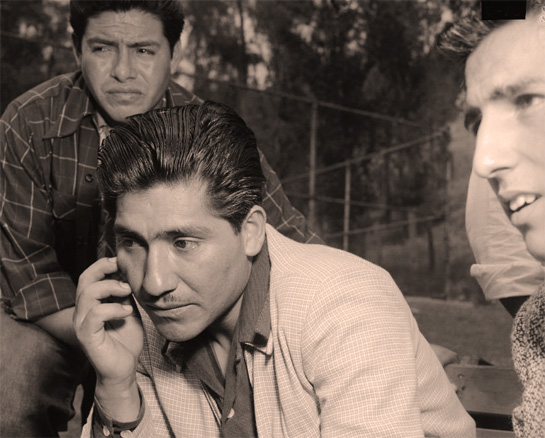 The Wetbacks – 1954 – Past Daily Reference Room

Click on the link here for Audio Player: CBS Radio – The Wetbacks – 1954

The hot-button topic of Immigration is once again heading to the front page. The decades-old question of how to deal with waves of immigrants entering this country to work, live and pay taxes, albeit illegally, has been a major bone of contention since the dawn of the Industrial Revolution.

In the 1950’s the problem was acute, and it was mostly coming from Mexico. These days we consider the word Wetback as a term of derision and insult. In the 1950’s it was a term used to describe anyone who entered the country illegally, most often by swimming across the Rio Grande River – hence, getting a wet back in the process.

In 1954 CBS Radio, as part of its Unit 1 Documentary series, devoted an hour to the problem of illegal immigration and what was being done about it at the time. And roughly, its about the same that’s being done now. The arguments are almost exactly the same then as they are now; the conversation hasn’t changed much, except the topic of drugs and cartels wasn’t an issue then. In 1954 we were in the midst of Red Scare Mania and the fear came over the possibilities of a flood of Communists rather than drugs and gangs.

So, to give you some idea of how long the argument over immigration has been going, here is that CBS Radio Documentary – The Wetbacks, from April 11, 1954.