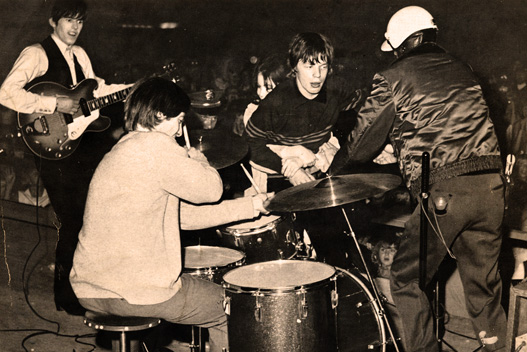 Since we’re right in the midst of the Rolling Stones 50th Anniversary tour, I thought it might be fun to have a listen to some of the earlier stuff.

You can get some idea is just how insane these early concerts were. As was so often mentioned in the past, sound systems at concerts were crude at best, there were no stage monitors and with a sold-out audience, screaming at the top of their lungs, impossible to hear yourself, let alone bandmates.

Given all that, these concerts (extended excerpts of what exists so far) sound remarkable. Thanks in no small part to the sound archivists, collectors and engineers who have labored for months over getting the best possible recordings and compiling them in a way that preserves the historic significance for people who weren’t around at the time.

So if you’ve been watching the YouTube clips from opening night concerts of this latest tour, you might want to give these a quick listen, just to know what all the insanity was about the first time around. And believe me, it was insane.