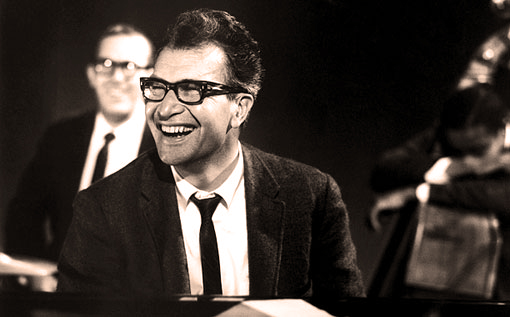 Dave Brubeck - turned an entire world on to Jazz.

Dave Brubeck – turned an entire world on to Jazz.

When the news of the passing this morning of Jazz legend Dave Brubeck spread throughout the world, the overwhelming number of people who cited Brubeck as one of the major influences in their cultivation of a love of Jazz and the Jazz idiom was pretty astonishing.

That his artistry broke through barriers, touched on the mainstream and created an indelible impression on the world is no small fete, especially these days.

As a reminder of his popularity and his influence, here is a concert he performed at the Hollywood Bowl, as opening act for Keely Smith in 1958. The Master of Ceremonies for the occasion was noted KMPC Radio Disc Jockey and Mayor of Hollywood, Johnny Grant.

Rest in Peace – your music will live on for a very long time.