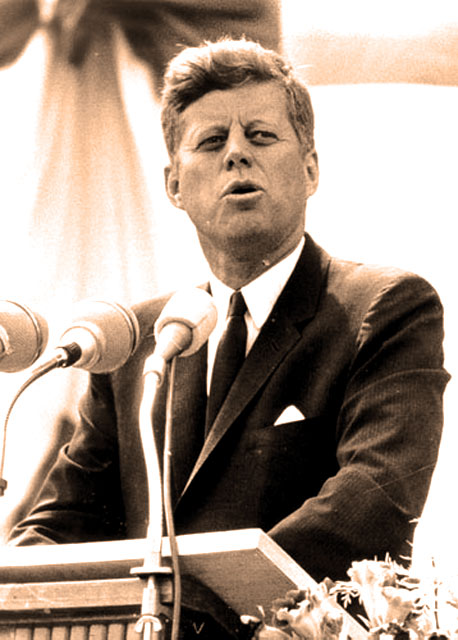 President Kennedy - stressing the importance of education in a free society.

President Kennedy – stressing the importance of education in a free society.

President Kennedy addressed the annual convention of the AFL-CIO in Miami Florida on December 7, 1961. The subject was employment, the current state of the economy, trade and the imbalance. The threat of job losses due to the trade imbalance, and education.

And a phrase that needs to be repeated on an almost daily basis:

President Kennedy: “Thomas Jefferson once said ‘If you expect a country to be ignorant and free, you expect something that never was and never will be’.”

Something we seem to have lost sight of in recent years.

Here is that complete address.