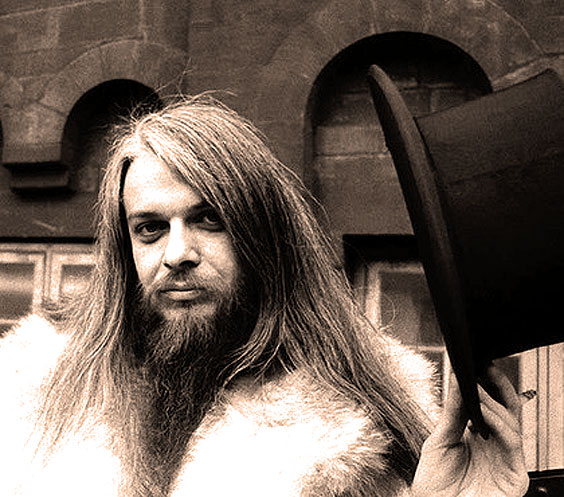 Leon Russell: Mastermind behind one of the great overlooked Christmas songs.

Leon Russell: Slippin’ Into Christmas – 1972 – Nights At The Round Table: Holiday Edition

Leon Russell: Mastermind behind one of the great overlooked Christmas songs.

Click on the link here for Audio Player: Leon Russell – Slipping Into Christmas – 1972

Leon Russell tonight. Okay – it’s that time of year again. And you are probably getting bombarded by Christmas music. Well . . .maybe not getting bombarded by the right kind of Christmas music. Like last year at my old site, I’ll be playing non-traditional Christmas records from unlikely artists to give you a little alternative from the mainstream glop you’re getting up to your eyeballs.

Tonight it’s a non-album single released by none other than Leon Russell in 1972. Slippin’ Into Christmas probably qualifies as one of the great overlooked Christmas songs of the last 40 years. Done in inimitable Leon Russell fashion, it’s that bittersweet look at the over-hyped Holiday season, and he puts it all in perspective.

And this year it’s bitter-sweet on a lot of levels. Since we lost Leon Russell a few weeks ago, Christmas seems a little less festive, a little less familiar. Maybe it’s always been that way with the passage of time. Each Christmas, the longer we’re on the planet, the less of those we used to hang out with around the holidays are here. Puts a melancholy stare on things. But those of us still standing are grateful for another trip around the sun; grateful for another season passing, grateful for what we’ve got, what we know about, and hopeful for the future – the one we can’t predict. It’s been a year of surprises, a year that’s been anything but dull. A year that’s still got a few days left up its sleeve – a year where you thought you knew something, and comes to find you don’t know much at all. A year where it’s all been down to putting one foot in front of the other and keeping your fingers crossed and hoping for the best.

Tune up the eggnog and grab a taste.