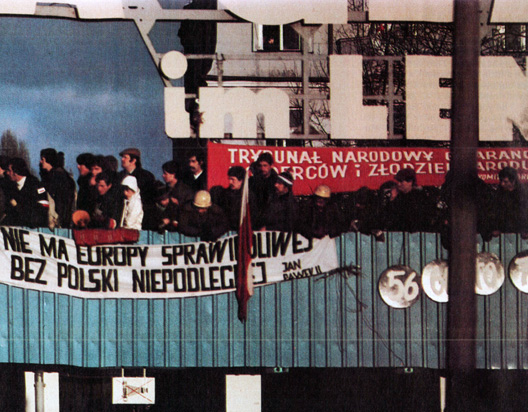 Despite crackdowns, a movement spreading.

Despite crackdowns, a movement spreading.

Click on the link here for Audio Player: News for December 14, 1981

News for this day in 1981 had to do with the growing protest movement in Poland known as Solidarity. Begun as a Dock Workers strike in the Port city of Gdansk, the movement gained steam and momentum, prompting numerous attempts at crackdowns from the Militarty government of Gen. Wojciech Jaruzelski . On this particular day, another crackdown was taking place. Each time a crackdown happened, it was hoped, in Warsaw and Moscow, that this would signal the end of movement. But it only served to bolster sentiment throughout the country to continue.

And that’s what happened, along with a lot of other news, via CBS News On The Hour for December 14, 1981