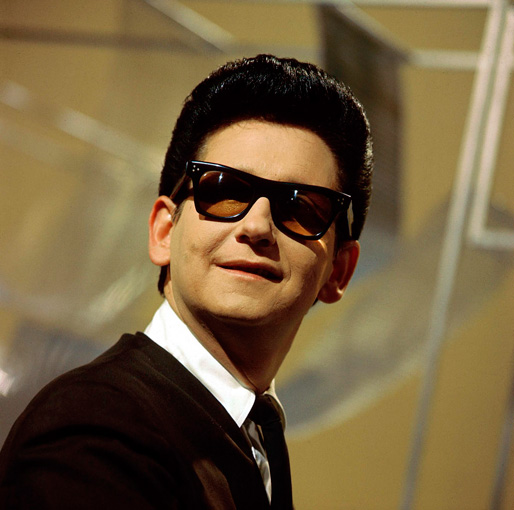 Roy Orbison - one of the true legends of Rock.

Roy Orbison – one of the true legends of Rock.

As long as you’re housebound: Become a Patron!

Sadly, I didn’t get to work with Roy Orbison until near the end of his career. It was during the resurgence in his popularity  around the time of David Lynch‘s Blue Velvet and the duet he did with KD Lang that reminded me what an incredible talent he was and what a true legend he had become in the world of Rock music. He was also one of the most unassuming and effortlessly talented people I had ever met.

Many critics described his music as operatic, nicknaming him “the Caruso of Rock” and “the Big O”. While most male rock-and-roll performers in the 1950s and 1960s projected a defiant masculinity, many of Orbison’s songs conveyed vulnerability. He performed standing still, wearing black clothes to match his dyed black hair and dark sunglasses.

In the 1980s, Orbison experienced a resurgence in popularity following the success of several cover versions of his songs. In 1988, he co-founded the Traveling Wilburys, a rock supergroup, with George Harrison, Bob Dylan, Tom Petty, and Jeff Lynne. Orbison died of a heart attack in December 1988 at the age of 52. One month later, Orbison’s song “You Got It” (1989), co-written with Lynne and Petty, was released as a solo single and became his first hit to reach the U.S. Top 10 in nearly 25 years.

This weekend it’s a rare recorded concert, during one of his many trips to Australia in the 1960’s. One that was fortunately preserved by Australian Radio on January 26, 1967. It’s a short concert, from a period of time when a number of bands performed on the same night. In this case, he shared the stage with The Yardbirds and The Walker Brothers, among others, and his slot was less than a half-hour. Better a half-hour than nothing.

So here is that concert, sounding wonderful, and with Roy Orbison sounding at the top of his form.

And needless to say, the audience was pretty enthusiastic too.