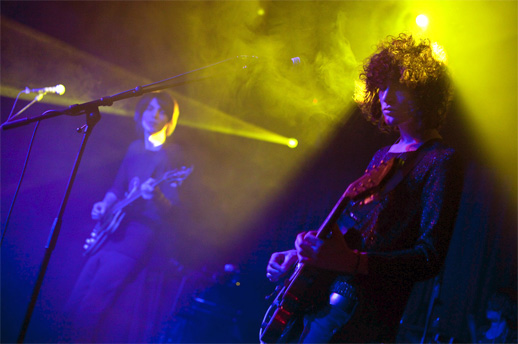 Temples - the new wave of Psychedelia sneaking up on us.

Temples – the new wave of Psychedelia sneaking up on us.

Temples hasn’t been around that long. But in the short time they’ve been together, they’ve managed to create a lot of buzz with the UK press and audiences and have landed themselves in the enviable position of being “band to watch for 2012”.

Just releasing a new single a few weeks ago, and appearing in concert in Holland as part of the London Calling Festival 2012, Temples haven’t been losing any time getting their point across and making new fans on a daily basis.

Recorded by the venerable VPRO Radio Network on November 2nd of this year, here are Temples, giving every indication the Press  got it right this time.

I’m sure you’ll be hearing a lot more about them in the very near future. You can say you heard them here first.