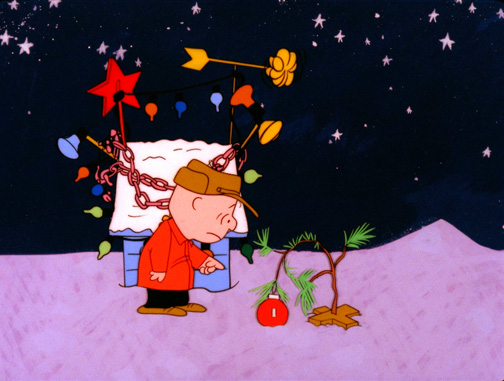 A Charlie Brown Christmas - an institution that feels like its always been there.

A Charlie Brown Christmas – an institution that feels like its always been there.

It’s hard to imagine this cornerstone of American Popular Culture has been around for only 47 years. It’s A Charlie Brown Christmas feels like it’s been with us forever. With its simple, straight-ahead Jazz soundtrack put together by Vince Guaraldi, this has become the institution that appears on TV every year since 1965 like clockwork and has become ingrained on our collective consciousness.

Even this song has become something of a standard, done by a slew of Jazz and Pop artists over the years. Still, the original is the best.

So, forgive the guilty pleasure and you can provide the vocal parts if you’re up for it.