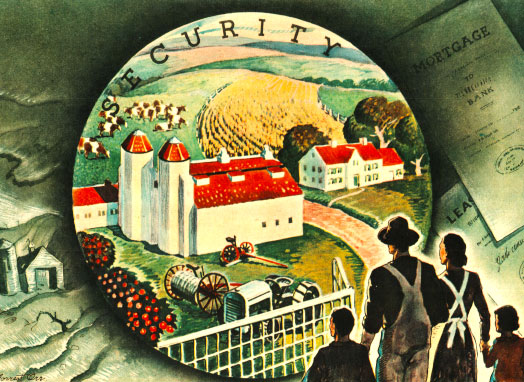 What Is America’s Greatest Need? – 1938 – Past Daily Reference Room.

1938 was a nervous year in our history. The slow recovery, the looming war in Europe, saber rattling in the Far-East , racism, unemployment, crime – all these elements created an air of tension and fear over the future of the U.S. and the world.

And with the fear also came introspection. Just who were we? Where were we headed and what did we need in order to maintain our standard of living, at least in 1938.

Sentiments that no doubt could be shared now – but the climate for introspection has changed. The reassessment of our priorities has given way to a goodly amount of finger pointing and breast-beating of late, particularly in the area of events the past week.

But in 1938 things were different and there was a clearly defined enemy, a “them versus us” equation to consider. As opposed to now where the enemy is, to a large extent, us.

On this broadcast, from December 18, 1938, America’s Town Meeting Of The Air, the subject “What is America’s Greatest Need?”  was broken down into a number of areas, not least was our need for more art, more music, more books, more learning.

Here is that broadcast, featuring a number of speakers, including Historian Will Durant and questions from an audience.

The fear was specific, but the solutions offered were timeless – they have a ring of truth, even now.