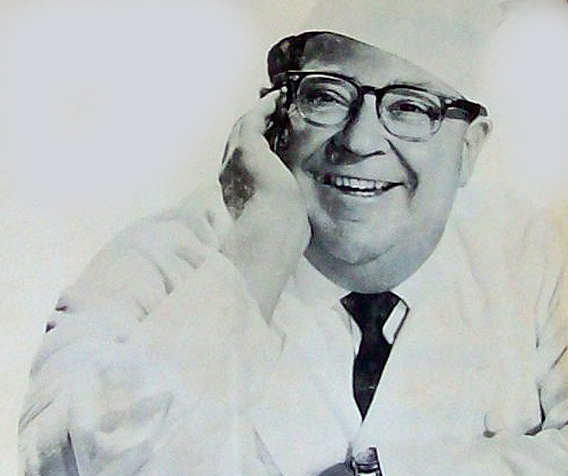 Cooking programs were a regular staple in the daily diet of a radio station up until the 1990s. Most are gone now. The few that are left are relegated to weekend programming via Public Radio.

But during their heyday, just about every major city in the country boasted its own chef/gastronomic personality, doling out recipes and tips on food and market specials every day, usually in the late morning, on the radio.

One such personality was Mike Roy who, along with co-host Denny Bracken, held court over one of the most popular cooking shows broadcast throughout the 1960s via KNX in Los Angeles. Roy, who had an encyclopedic knowledge of recipes and food in general, had a habit of reciting recipes from memory and came to symbolize what food preparation was all about in the 1960s.

Here is one of those daily broadcasts over KNX from December 18, 1967. And since it was so close to Christmas, the entire program is given over to preparations for the Holiday season.

It’s an interesting slice of Los Angeles history. Roy runs through the names of numerous landmark restaurants in L.A. at the time, most of which have long since vanished from the scene. It’s also an interesting glimpse into our eating habits of 45 years ago, and just what constituted an elegant meal in Southern California in 1967.

Needless to say, our concept of food and its preparation have certainly changed over the years.

Here is that Christmas Cooking Program from the Chef Mike Roy Program of December 18, 1967 via KNX-AM in Los Angeles.