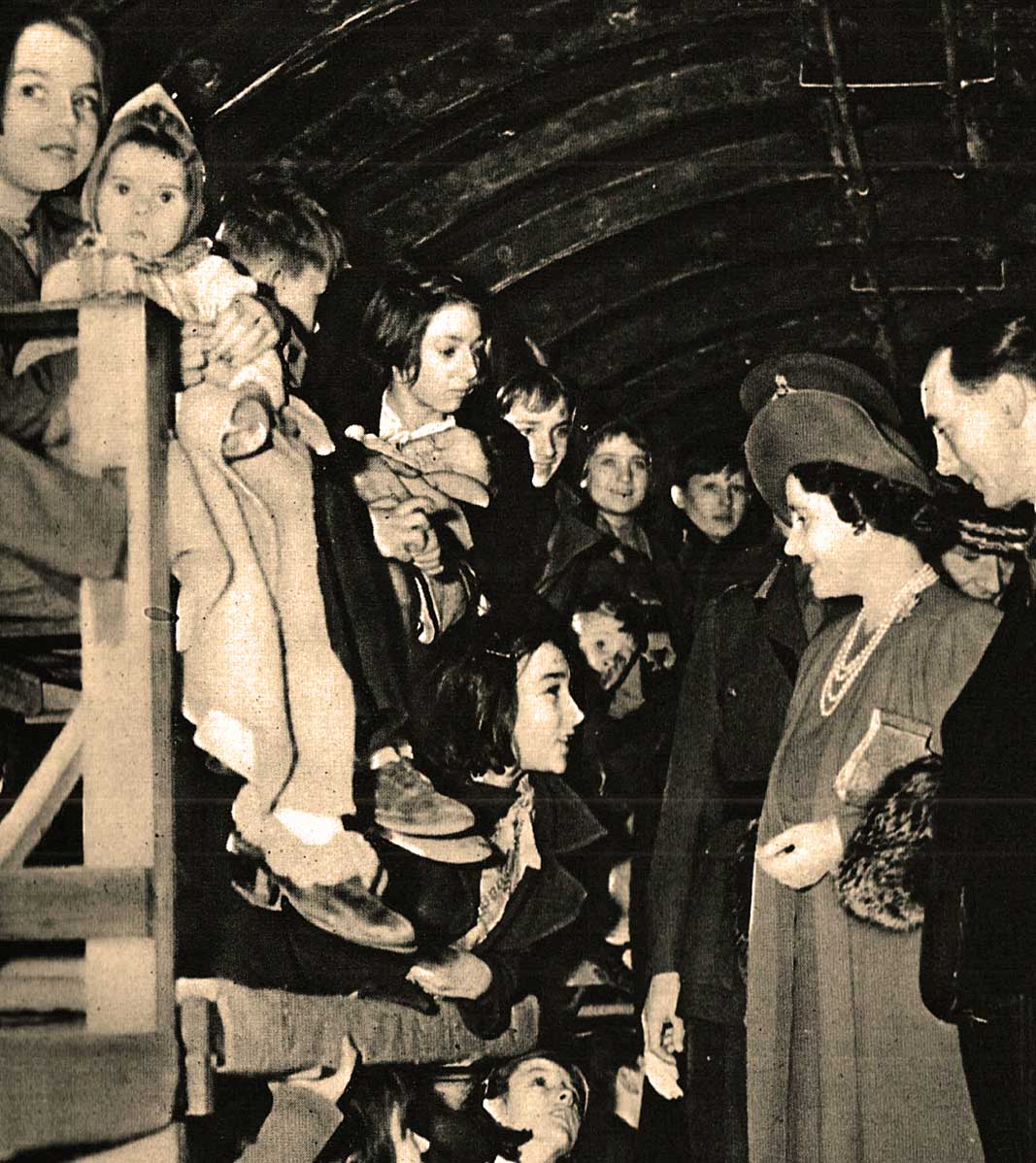 Christmas In Wartime. Home Sweet Underground Shelter and a visit from the King and Queen.

Home Sweet Underground Shelter and a visit from the King and Queen.

However melancholy one gets over the Christmas season, there’s always the possibility of getting stuck in the middle of a war to consider. Not that we aren’t without one at the moment, or there haven’t been others since the early days of World War 2 where most of Britain was subjected to daily devastating air raids. But the days of World War 2 are getting far enough away so as to create a sort of romanticism about war and survival. And Christmas 1940 is 74 years into that deep-dark past.

On this Christmas in 1940, the BBC broadcast around Britain, giving a glimpse of what life was like in wartime. Probably more as a morale boost and an assurance everyone was subjected to the same level of hardship as those in London were. In fact some cities, like Coventry only weeks before, had been severely damaged by German bombers and sustained more comparative destruction than the larger cities had. So it was a burden shared by everyone throughout the country, and a feeling of unity in purpose was of prime importance.

And despite an ominous feeling Britain would be subject to an invasion at almost anytime, a fighting spirit sustained the country, even during these dark days. There was a feeling things would turn around.

Ending this broadcast is a message from The King, further assuring a nervous and stressed-out nation that all would eventually turn around and that the allies would pull through.

Christmas in wartime. We know how the story ended. But try and put yourself in the place of the average Londoner listening to this broadcast, not knowing what was around the corner.

It puts a whole new spin on the concept of living in the moment.

Here is that Christmas broadcast, as originally heard on Christmas Eve/Christmas Day (depending on where you were in the world) 1940.