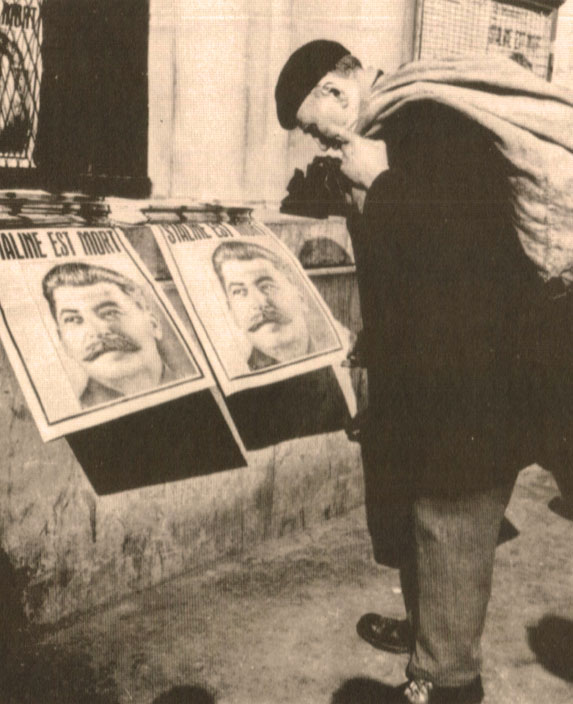 When news finally did come out, it travelled rather quickly.

Events Of 1953 – Past Daily Reference Room: Through A Glass Darkly Edition.

When news finally did come out, it travelled rather quickly.

Click on the link here for Audio Player: Year-End 1953

A year of contrasts, 1953 was. Between the Coronation of Princess Elizabeth to the gas chamber execution of Julius and Ethel Rosenberg, to the death of Soviet leader Josef Stalin. It was an interesting year.

The news on Stalin was very slow in coming. It made scant mention in the Soviet Press at first. But then when the death of Josef Stalin was official, news travelled quickly throughout the world. And speculation was rife over just what was next in store for the world via The Soviet Union.

Happier news came from the UK with the Coronation of former Princess Elizabeth to assume the reign of Queen. The pomp and ceremony was the first Londoners had seen in a very long time and Coronation Mania reached a fevered-pitch throughout the Commonwealth.

The Korean War was dragging on, but with glimmers of hope. The U.S. inaugurated its first Republican President since Hoover, and Dwight Eisenhower took over the highest office in the nation. The Eisenhower Years were getting underway.

And that’s just a small sample of what went on in the world, this year of 1953, as presented as part of the Voices and Events series from NBC Radio and it’s year-end wrapup of news events.