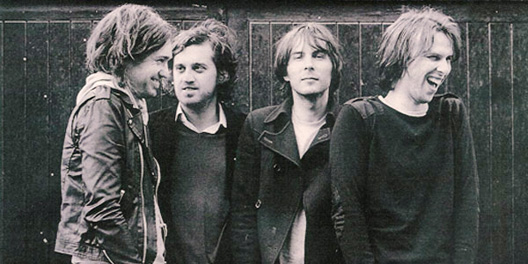 Phoenix - unless they told you, you would never know they were French.

Phoenix In Session – 2010 – Nights At The Roundtable: Rock Without Borders Edition

Phoenix – unless they told you, you would never know they were French.

Click on the link here for Audio Player: Phoenix – Lisztomania – 2010

Interesting phenomenon of late – many European bands have taken to singing in English, rather than their native tongue. Makes perfect sense – the English speaking audience is a lot larger than many others (except possibly for Spanish speaking countries). Not that many non-English speaking bands haven’t done it in the past. The difference is – a lot of the current crop  have gone through great pains to erase any trace of an accent. And for a lot of those bands it’s been successful.

Take Phoenix for instance.  An Indie band from Versailles who got together in 1995, settled in Paris and eventually got the notice of several College stations in the U.S. and have achieved a steady progression in popularity. Initially a backing band for Air during their live appearances, Phoenix have been getting attention on their own, releasing their break-through Wolfgang Amadeus Phoenix in 2009 and winning the Grammy for Best Alternative Band that year.

Here they are, from the 2010 Vieilles Charrues Festival with Lisztomania, recorded on July 17, 2010.

See? Further evidence Rock has no borders. Not anymore, anyway.