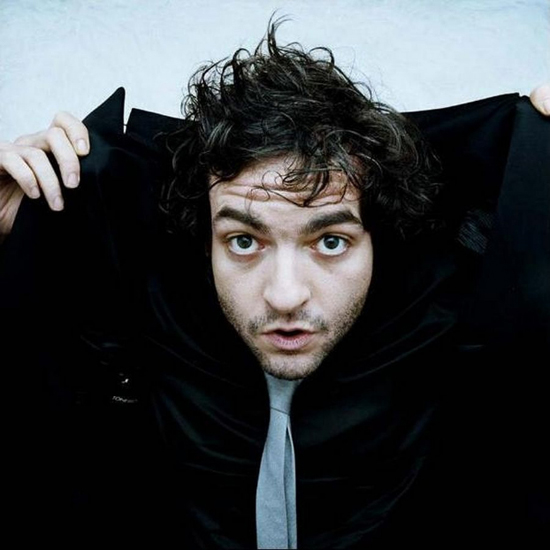 Mathieu Chedid -aka: M. Further evidence there's a lot going on in the world.

Mathieu Chedid -aka: M. Further evidence there’s a lot going on in the world.

Click on the link here for Audio Player: M-In Concert

According to his bio, M (Matthieu Chedid) has been around a while, has collaborated with a lot of people, including Sean Lennon and Vanessa Paradis. Has released several albums and is rather huge in France and throughout Europe.

I confess to not knowing much about Matthieu Chedid until I ran across this concert, recorded live in Paris on November 9th of this year, and also remembering he played in Los Angeles in October of this year as part of the Ooh-La-La Festival of French and Francophone Rock. Somebody told me many years ago they thought the French weren’t very good at Rock. Times have changed and this guy kicks ass.

The trend of late is for a lot of bands overseas to sing in English, hoping to cash in on the American market. M doesn’t, and that’s good. His music speaks for itself and needs no translation. And apparently the 12,000 people in the audience didn’t mind either.

But that’s what music is about anyway – so enjoy the gig. He went over huge in L.A. in October. That may bode well for another U.S. appearance, so keep your eyes peeled.