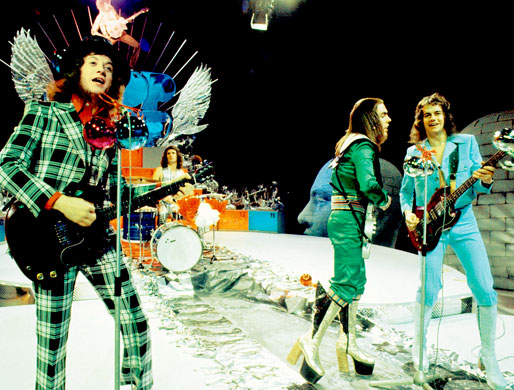 Slade - would not have been the 70s without them.

Slade – Live At The 1980 Reading Festival – Past Daily Backstage Weekend

Slade – would not have been the 70s without them.

Click on the link here for Audio Player: Slade – Live at Reading Festival 1980

Had it not been for the phone call asking if they would be last minute replacements for an ailing Ozzie Osborne, Slade may very well have packed it up by the end of 1980. One of the biggest selling bands of the 1970s (well over 20 million units), they were enormous everywhere in the world, except the States. And since it was such a tough nut to crack, Slade decided to settle in the U.S. and work on getting an audience. It almost cost them their careers. And so the 1980 phone call to appear last minute at The Reading Festival proved to be a dramatic jolt and revival of a career.

And it just happens the BBC were recording everything at Reading, so here is that milestone career-resurrecting concert by one of the iconic 70s bands, that proved to be influential to a number of artists – the inimitable Slade recorded live at The Reading Festival, 1980.