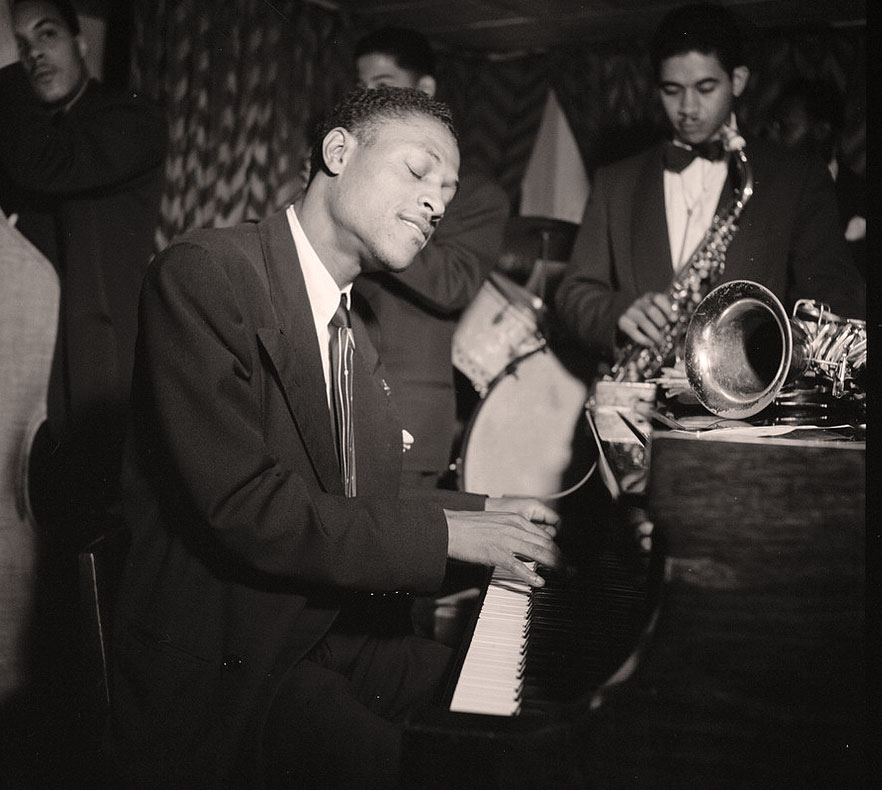 Eddie Heywood - sandwiched between Teddy Wilson and Duke Ellington, he still had something to say.

Eddie Heywood – sandwiched between Teddy Wilson and Duke Ellington, he still had something to say.

Click on the link here for Audio Player: New Years Eve – 1957 – All Star Parade of Bands

There was a time New Years Eve meant a world-wide sweep of all the notable Jazz dives, and a live session from each over network radio. This one, an hour’s worth of the over 6 hour extravaganza, bounced from New York to Chicago and featured The Teddy Wilson Trio, The lately-overlooked and sadly underrated Eddie Heywood Trio in New York and Duke Ellington’s Famous Orchestra, ringing in the New Year from Chicago. Of course Heywood, at the time was riding the crest of a huge popularity wave, via his mega-hit Canadian Sunset that crossed over from Jazz to Pop and just kept going.

A wild and lively batch of sets, all performed live on December 31, 1957 and broadcast as part of the All-Star Parade of Bands series over NBC Radio.

Toasting in the New Year doesn’t get too much better than that.