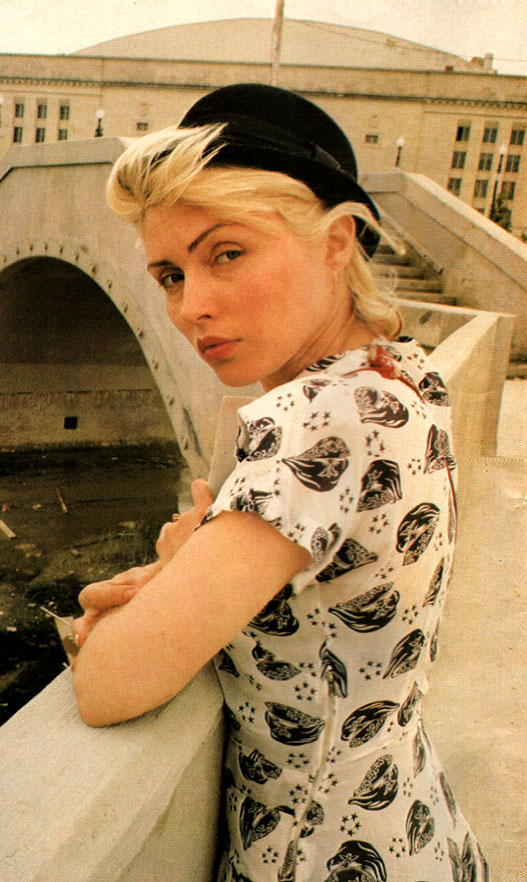 Debbie Harry of Blondie - New Years eve 1979 in Glasgow was a blowout.

Debbie Harry of Blondie – New Years Eve 1979 in Glasgow was a blowout.

Classic concert this New Years Eve from Blondie, performing in Glasgow on New Years Eve 1979. At the top of their game and their popularity, Blondie ran through a virtual Greatest Hits catalog of iconic songs. I forgot how many hits they had over the course of the late 70’s.

Though a new decade was about to arrive, there were many who had their New Year’s Eve party at home on 31 December 1979, so they could catch Blondie’s Old Grey Whistle Test appearance beamed live from Glasgow’s Apollo. Even over 30 years later it’s not hard to see why, as the group were at their all-time peak, having recently released Eat To The Beat after the previous year’s Parallel Lines. Internal tensions, drugs and cravings to experiment musically had yet to make their presence felt outside of the dressing room, while live the group were raging, playing with the energy of a band that knows it’s on top of the world, revelling in the Blondie-mania erupting around them.

“Heart of Glass” was released in early 1979 and the disco-infused track topped the UK charts in February 1979 and the US charts in April 1979. It was a reworking of a rock and reggae-influenced song that the group had performed since its formation in the mid 1970s, updated with strong elements of disco music. Clem Burke later said the revamped version was inspired partly by Kraftwerk and partly by the Bee Gees’ “Stayin’ Alive”, whose drum beat Burke tried to emulate. He and Stein gave Jimmy Destri much of the credit for the final result, noting that Destri’s appreciation of technology had led him to introduce synthesizers and to rework the keyboard sections. Although some critics condemned Blondie for “selling out” by dabbling in disco, the song became a monumental worldwide success and became one of the biggest selling singles of 1979. The song was accompanied by a music video filmed at a club in New York City (incorrectly surmised as being Studio 54 due to a shot of its exterior at the start of the video). The music video showcased Harry’s hard-edged and playfully sexual character, as well as her famously stiff, marginally disinterested persona. She began to attain a celebrity status that set her apart from the other band members, who were largely ignored by the media.

Blondie’s next single in the US was a more aggressive rock song, “One Way or Another” (US No. 24), though in the UK, an alternate single choice, “Sunday Girl”, became a No. 1 hit. Parallel Lines is ranked No. 140 on Rolling Stone’s list of 500 greatest albums of all time.[29] In June 1979, Blondie, photographed by Annie Leibovitz, was featured on the cover of Rolling Stone magazine.

Blondie’s fourth album, Eat to the Beat (UK No. 1, US No. 17, Australia No. 9), was released in October 1979. Though well received by critics as a suitable follow-up to Parallel Lines, the album and its singles failed to achieve the same level of success in the US.[5] In the UK, the album delivered three top 20 hits, including the band’s third UK number one (“Atomic”, UK No. 1, US No. 39). The lead track off the album, “Dreaming”, narrowly missed the top spot in the UK, but only made it to number 27 in the US. “Union City Blue” (UK No. 13) was not released in the US in favor of the track “The Hardest Part”. In a daring move, Chrysalis Records’ Linda Carhart asked Jon Roseman Productions US division to shoot videos for every song and make it the first ever video album. David Mallet directed and Paul Flattery produced it at various locations and studios in and around New York.

Here they are, recorded live by the BBC and broadcast live over BBC Radio 2 on December 31, 1979.