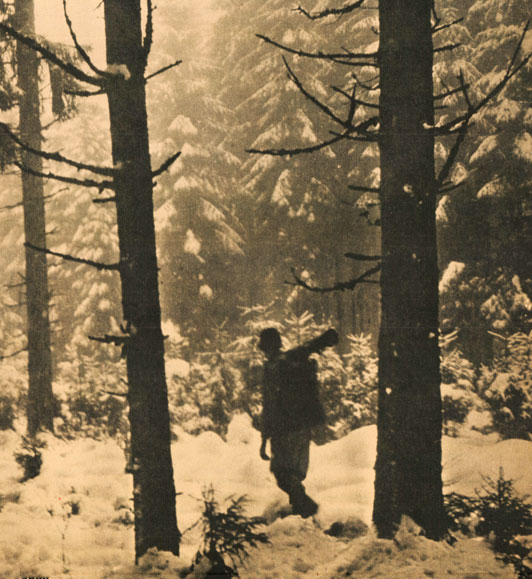 New Years Day in 1945 was pretty much “business as usual” during World War 2. Although the Allies were making substantial gains in their drive into Germany. The infamous Battle Of The Bulge that went on just before Christmas was now in the mopping up stages, with any gains the German Army made during that period of time now lost and regained by the Allies. Hitler went on the radio after a long silence to announce that any victories in the war before 1946 would be had by the Germans and a warning that anyone showing any signs of defeatism would be destroyed. Hitler had been more or less in hiding since June, when he gave an address regarding his assassination attempt. It was surmised that the address on this day was in reaction to news from the Belgian front that General von Rundstedt was in retreat from Bastogne and that morale was at an all-time low and the address he gave was an indication of the hopelessness of the situation, but there were some who thought it might actually not have been Hitler giving the speech, since the substance and tone were in direct contrast to his usual bombast.

Meanwhile, in Italy, Allied troops continued, driving forward on a new counter-offensive and had re-taken all the ground captured by the Germans east of the Senio River. The Communist sponsored Polish Liberation Committee of Lublin declared itself the Provisional Government of Poland. Russian troops were now occupying practically all of the Hungarian capital of Budapest. And the war was continuing without let-up on all fronts.

But it was a general feeling that the war would be over sometime in 1945. At least it was hoped on this New Years Day.

Here is the news for January 1, 1945 as reported on News Of The World over NBC.