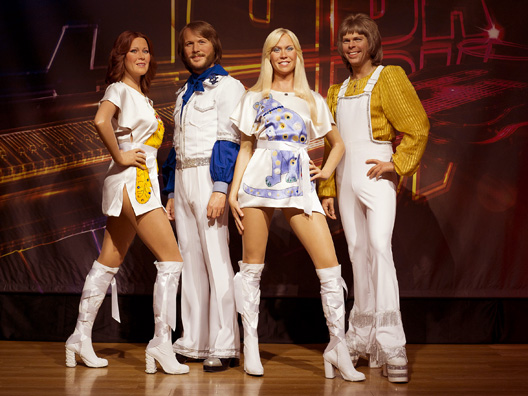 Click on the link here for Audio Player: Abba – Live In Concert – 1981

Truly 70s this weekend – even though the concert is from 1981 and one of the last before ABBA broke  up. Nonetheless, it’s a record of just what a wildly popular mainstream Pop group sounded like.

I confess to never having been a fan of ABBA. I just never got into their music. But, from a historic standpoint, they are an important chapter in the history of Pop music. A phenomenon world wide, with a string of hits that continue to sell in the millions, even today. A band that has been acknowledged as an inspiration for a ton of other bands, including several unlikely ones, in recent years. In short, one of the perfectly crafted Pop ensembles to come along in a very long time. And yes, the Platform shoes were a common sight in the early 70s.

Here is a concert, or a compilation of several concerts, from their 1981 Tour. It was issued on CD only to ABBA fans in 1994 and not offered for sale to the general public.

If you missed the phenomenon the first time around, you can get some idea of what it was like seeing them live via this concert.