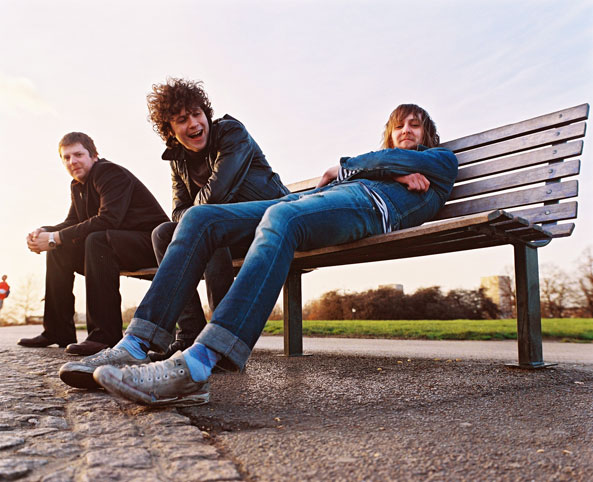 The Fratellis -came and went and came back.

The Fratellis – Black Session At RFI – 2007 – Nights At The Roundtable: Mini-Concert Edition

The Fratellis -came and went and came back.

The Fratellis fairly exploded on the scene in 2006, quietly went on hiatus in 2009 and reunited in 2012 for a charity gig with promises of more to come. Between that time they released two successful albums, were deemed “The Best New Band In Britain” by NME and their first single charted at number 19. Not bad for three guys from Glasgow, who named themselves after a fictional crime family from the film The Goonies.

They had gained a reputation early-on for high energy live shows. This one tonight – a radio studio performance with audience for Radio France International for the program Black Session, was recorded during their skyrocketing period, on January 31, 2007, gives a good idea just how high-energy they were/are. According to The Fratellis website, they are kicking off a tour starting in April. So the high energy continues.

In the meantime, have a listen to what you might have missed in 2007.