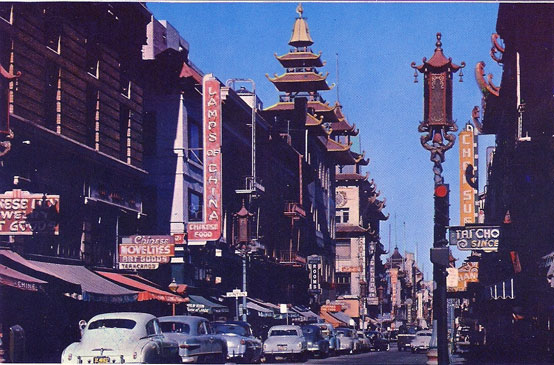 The goings on in just another city on the average day in 1950.

The goings on in just another city on the average day in 1950.

The thing about history is that it’s not always about the sweeping gestures and defining moments over a period of time. Those “do you remember where you were when . . .” moments are pretty few and far between. Yet, when  we look back over a decade or a year or a century, we tend to gloss over the small moments in favor of the big ones. And sometimes you walk away with the feeling that history is about the chronicling of chaos. It isn’t. Not all of it anyway.

For an example of what a typical day sounded like in a typical city in a typical year, here is a broadcast from KCBS-AM in San Francisco. A morning show called This Is San Francisco. Nothing unusual about it – just talking about the goings on in the city and the rainy morning this January 11th was that year.

Talking about museums and how the average person feels about Modern Art and what became of those failed experiments in harnessing ocean currents to convert into electricity all around the Bay Area.

Just a typical day in the city, not earth shattering, not life-defining. Here is This Is San Francisco for Wednesday January 11, 1950.