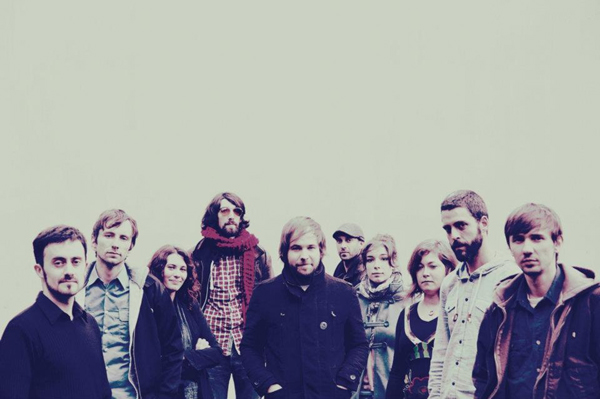 I’m noticing the Press are having a hard time putting this band in a category. Mermonte is a French ten-piece Progressive outfit based loosely on a lot of the Progressive bands coming out of the 70s. They are musically multi-talented (everybody plays several instruments in the course of a concert). They are primarily instrumental-based, with a lot of intricate work on solos and changing time signatures. They are also currently on tour in Europe and getting a lot of positive word of mouth (despite not knowing exactly what to make of them, musically), and good audiences. They’ve only been around since 2007 and are having their first album release early this year.

As a preview of what you might be hearing (if they decide to come over to this side of the Atlantic sometime this year), here is Mermonte, performing at the recent Trans Musicales festival in Rennes, this past December 7th.

Once again, the world of Contemporary Music gets a whole lot wider and a lot more fun in the process.