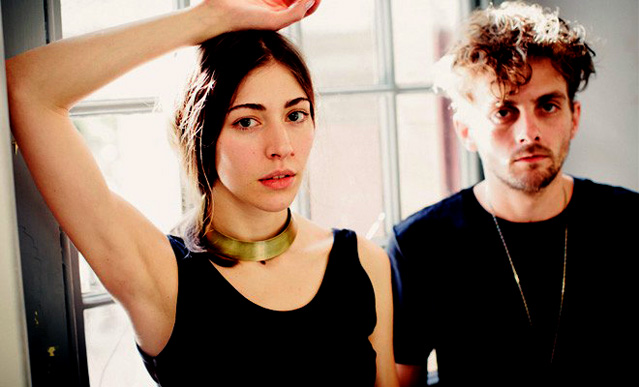 Chairlift - lending an air of ethereal to the proceedings.

Chairlift At The Dour Festival – 2012 – Nights At The Roundtable: Mini-Concert edition

Chairlift – lending an air of ethereal to the proceedings.

Click on the link here for Audio Player: Chairlift at The Dour Festival – July 17, 2012

Brooklyn based Chairlift have been making huge inroads with the genre of Electronic/Experimental. Having gotten started in Colorado and relocating to Brooklyn, Chairlift have established themselves as one of the cornerstone Electronica outfits on the scene today. And their popularity has gotten a huge boost in Europe where they’ve been touring quite a bit the past few years.

Tonight’s Mini-Concert comes by way of The Dour Festival in France, and it was recorded on July 17th of 2012.

As someone who has, not only enjoyed but featured their work on this site in the past, I find that hearing them live is an equally if not more satisfying experience to hearing them via the studio. Just my opinion – but they are a very versatile duo (with a 3rd member – a drummer, in the lineup) and hearing them in a live setting really gives an opportunity for their talent and message to get out. Frankly, I would love it if they would consider putting out a live album at some point. Maybe someday.

In any case, here they are, thanks to the venerable FIP Channel of Radio France. And another reason why you should check them out if they’re touring anywhere near where you live.

Check them out anyway if you aren’t familiar with them – it will do you lots of good.