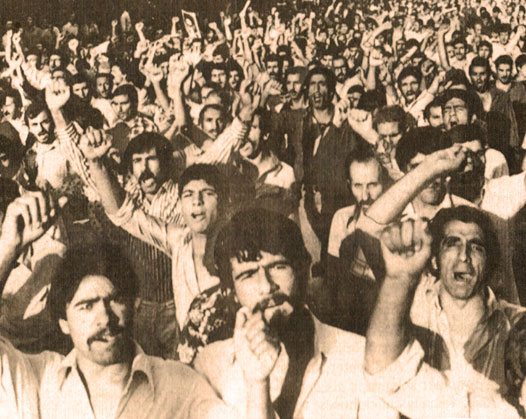 Demonstrating in Tehran - with a Third of Parliament AWOL, the writing was not hopeful.

Demonstrating in Tehran – with a Third of Parliament AWOL, the writing was not hopeful.

News for this January 15th in 1979 had much to do with the potentially dangerous situation in Iran. On the one hand, it was the first gathering of the newly installed Parliament, under the aegis of The Shah. But on the other hand, only a third of the Parliament members actually showed up. Nervous eyes were looking in the direction of Paris, where the exiled Ayatollah Khomeni was contemplating the next move. Sources close to The Shah were downplaying any significant influence Khomeni would have, but sources on the street in Tehran said otherwise. Sources also reported an American employed by a Copper Mine was murdered overnight in Iran And so it went.

Today also marked the first session of  the 96th Congress. The subject of Federal Spending was likely to be brought up straight away. Talk of a National Health Insurance plan, discussed during the previous session, wasn’t likely to get anywhere during this session. The Senate was expected to be preoccupied with Foreign Policy matters, with particular emphasis on the subject of Taiwan as well as the usual suspects; Israel and SALT.

The Daniel Flood scandal was expected to be a source of major interest, with Fludd scheduled to go on trial shortly. Flood was to miss the swearing-in ceremony for his 16th term in Congress as Representative from Pennsylvania in favor of being present for jury selection in what was to be the first time a Congressman was brought to trial for allegedly doing so many illegal things while in Office.

That and so much more was what January 15th was all about in 1979, as presented by Dallas Townsend and The CBS World News Roundup.