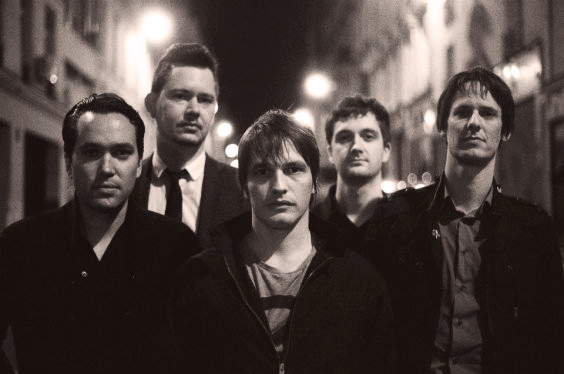 Team Ghost - the next logical step.

Team Ghost – the next logical step.

Over to Brittany tonight for a dose of Cold-Gaze by French electronic mavens Team Ghost at the Trans Musicales Rennes Festival, recorded this past December 19th.

Together since 2007, and the brainchild of former M83 co-founder Nicolas Fromageau, Team Ghost have been scoring a lot of points with press and audiences alike, prompting UK Music publication NME to dub their genre “Cold-Gaze” (a sort of mash-up of Coldwave and Shoegaze). Their first ep was issued in 2010 with their first album We All Shine issued in 2011 and a new one, Rituals, slated to come out this year.

But for the moment, here they are in a festival setting, which should give you some idea of what to look for when they (if they) get to touring the U.S. this year. I haven’t heard anything either way, but you never know.

But do check them out.