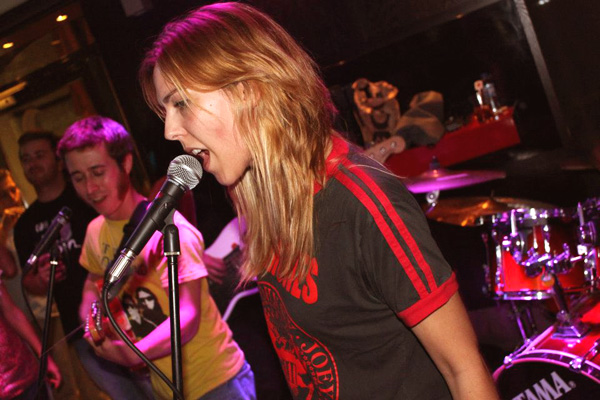 Zia Bismarck of Call me John - Spain rocks just like everybody else.

Call Me John – Live At RNE Radio 3 – 2012 – Nights At The Roundtable: Mini-Concert/Rock Without Borders Edition

Zia Bismarck of Call me John – Spain rocks just like everybody else.

Over to Madrid tonight for a broadcast concert from the studios of RNE Radio 3 by Spanish-Portuguese Power ensemble Call Me John.

Another band that hasn’t been together all that long, Call Me John got started in 2006 and have been gathering a good word of mouth and fan base in Spain the past few years. Judging by the lack of Spanish lyrics in their songs, I suspect they have sights aimed at American shores (although, let’s get real; there’s a massive Spanish speaking audience just about everywhere).

Recorded on June 22 last year, Call Me John offer up a high energy set that has no pretense or surplus of electronic debris  in their material. In short they are good and high energy and have a good shot at getting a bigger audience.

And unless I told you, you’d have no idea they were from Spain.