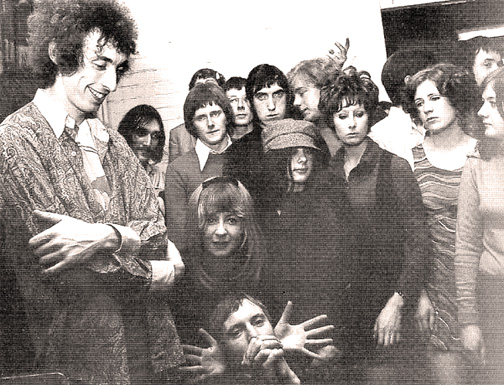 Click on the link here for Audio Player: ChickenShack1968ChrsitinePerfectMcVieBBC

Something slightly unusual tonight. A radio session for John Peel by the legendary Chicken Shack featuring Christine McVie (Christine Perfect at the time), recorded by The BBC in 1968.

Since hearing the rumors of a Fleetwood Mac reunion featuring Christine McVie (rumors that have since been quashed. . .too bad), I went digging into the archive for recordings of the band she was in before she landed the now-famous (or infamous)gig.

Chicken Shack had a big following in the UK and throughout Europe in the mid-late 60s, and they  had often toured with the original members of Fleetwood Mac, when they were known as Peter Green‘s Fleetwood Mac.

And it made perfect sense – both Chicken Shack and Fleetwood Mac were label mates, both recording for the independent and forward thinking Blue Horizon Records during this period. Fleetwood Mac managed to click in the U.S., with a string of hits before the transformation took place. Chicken Shack, not so much. Although they were highly regarded by the Press and musicians alike, they failed to make a dent in the U.S. market, which was a shame.

As far as I know, this is the only live session featuring Chicken Shack with Christine Perfect in the lineup. She would leave the band by 1969 and go solo before teaming up with Fleetwood Mac and writing that particular chapter in music history.

FYI – they recorded a few albums during this period and I think they are still available via imports. Check them out if you get a chance.