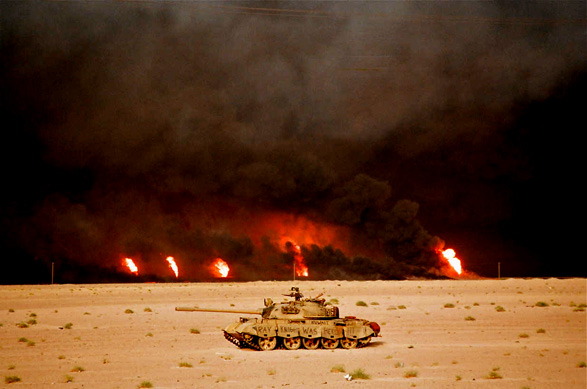 When all else fails, burn an oil field.

When all else fails, burn an oil field.

January 23rd in 1991 marked one week since Operation Desert Storm began. The move was on to oust the Iraqi Army from Kuwait, with ground action expected to start anytime soon. Amid reports of Scud attacks on Israel,  U.S. planes attacking a supposed Baby Milk Factory and reports of Iraqi troops setting fire to oil fields, the Coalition Operation was moving along smoothly.

Here is a morning report on the events of the previous night via The CBS World News Roundup, along with sporadic Special Reports via CBS Radio throughout the morning on January 23, 1991.