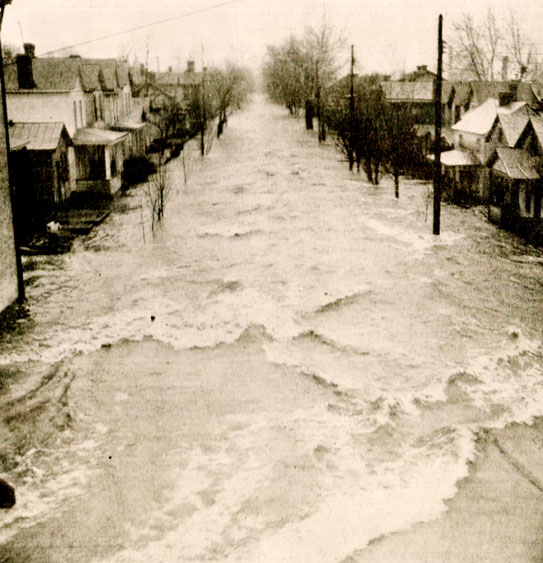 This day in 1937 was horrific if you lived anywhere near the Ohio River. Rains continued without stop and flood waters continued to rise. The devastation was widespread and the numbers of homeless were growing by the minute.

In an effort to keep the public informed, that relatively new medium of radio was called on to report the disaster as it was happening and to act as a public service to people in the affected areas.

This was one of the first instances of  on-the-spot reporting done by radio. The speed by which reports and warnings were given probably saved countless lives in the process. And even though the rising waters were knocking some stations off the air, it still provided an essential service and kept the rest of the country informed, and glued to their seats.

Just another January 23rd in history, as told by a group of radio stations all along the NBC Radio network as it was happening.