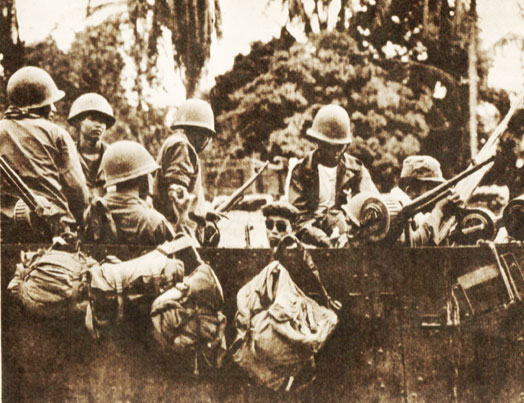 Four days after his Inaugural and six days before his first State of The Union, President Kennedy was already presented with a full plate of crises, this January 24th in 1961.

Moscow‘s gesture at returning captured U.S. flyers, coupled with increased tensions in Laos, the situation in Cuba – the unsettling European financial situation brewing, the situation in the Congo – all of these presented enough challenges to occupy the White House for a good long time. But then there were domestic issues to deal with. Strikes within the Defense establishment were cause for concern on Capitol Hill, our own economic woes weren’t going away anytime soon.

And all of that on the first official meeting of President Kennedy’s cabinet, who had been sworn in only two days earlier.

A full plate indeed – and a plate only destined to become overflowing in the weeks and days ahead.

And that was The New Frontier as reported and analyzed by NBC Radio reporters on January 24, 1961.