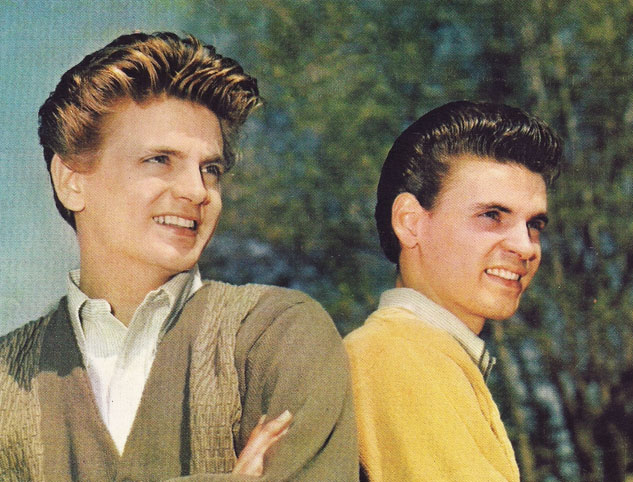 The Everly Brothers In Concert At The Olympia – Paris – 1963 – Past Daily Soundbooth: Mini-Concert Edition.

Something historic tonight. A rare live concert performance by The Everly Brothers, as recorded by ORTF at the Olympia in Paris on September 23, 1963 in what has to be one of the most frantic 20 minutes on tape.

Tonight it’s a concert featuring a high-voltage back-up band with some occasionally strange miking that emphasizes the vocals in a way where the band almost (but not quite) disappears. But this is live and on-the-fly and the engineer was working overtime keeping it all together.

Bottom line:  It’s a great show by two of the true legends of early Rock n’ Roll and one you really can’t miss.

And if you aren’t familiar, just crank this one up and get into it.