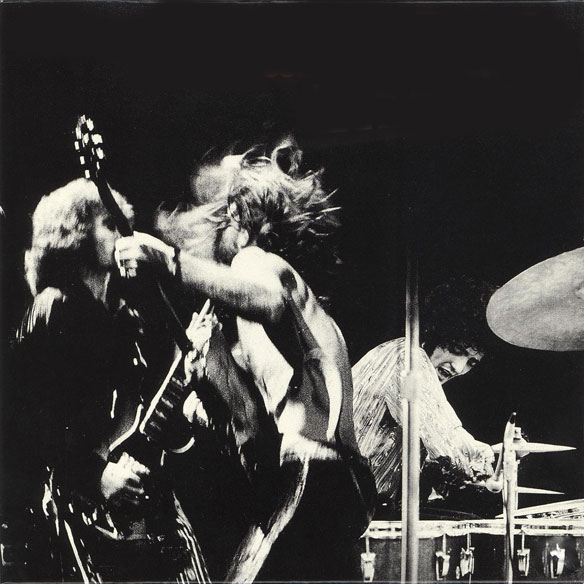 Grand Funk Railroad - Aside from being Homer Simpson's Favorite Band, a lot of people's.

Grand Funk Railroad – Aside from being Homer Simpson‘s Favorite Band, a lot of people’s.

I know – A lot of people will look at the headline and remark; “oh, Homer Simpson’s favorite band”. But truths to tell,  Grand Funk Railroad (or Grand Funk as they were known for a while) were one of the biggest, if not the biggest American band to grace the early 1970s and everybody knew who they were.

In a word, they were huge. But what’s interesting about them, and their phenomenon, was that their popularity stemmed largely from exposure via FM “underground” radio and word-of-mouth. They had no top-40 hits, and weren’t played on AM radio at all until their 1974 single “We’re An American Band” was released – and that was the icing on the cake, not to mention a major game-changer for the fortunes of radio. Top-40 AM radio was rapidly becoming a thing of the past. FM with it’s freeform and relaxed policy toward song length, was a perfect avenue of exposure for a band like Grand Funk. And the marketing strategy paid off handsomely. But prior to that, and their personnel, producer and direction change in 1974, they were a wildly popular and successful three-piece/head-banging garage band – after 1974 their popularity only increased.

So this weekend, I’m posting a concert from 1974 – an appearance in San Diego to one of many sold-out concerts.

Well, maybe not The Everly Brothers, but certainly another page in the history books of American Rock n’ Roll.