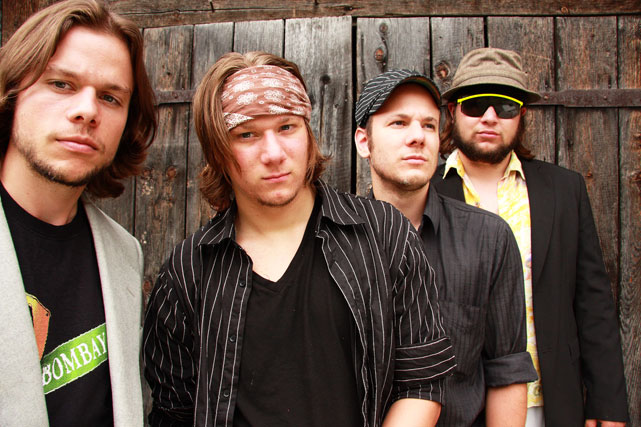 77 Bombay Street - the latest word out of Switzerland.

77 Bombay Street – the latest word out of Switzerland.

Click on the link here for Audio Player: 77 Bombay Street – Live At Eurosonic 2013

Back over to this months Eurosonic 2013 Festival in Holland, recorded by the venerable (and thorough) VPRO  Radio Channel in Hilversum. A set by Swiss Alternative/Indie band 77 Bombay Street.

I was under the impression the Eurosonic Festival was a means of exposing new talent to the rest of Europe. But no, not with 77 Bombay Street who, it comes to pass, have been together since 2007, have 2 albums out, won numerous awards and accolades all over Europe and just finished a 150 day tour of concerts, clubs and festivals.

Okay, so they’re not new. But they aren’t all that familiar over here – so maybe it’s for our benefit they’re being considered “new, up-and-coming-talent”.

Whatever the case is, here is a 40 minute set they did just a few days ago and, once again, come to realize music is climbing out of every corner of the globe – and a lot of it is worth checking out.

I don’t think they have a label here in the U.S., so the best thing for you to do is check out their website and see what they have available and what they’re up to.

I have a feeling this Summer is going to be crazy with Festival Season and the sheer numbers of new and undiscovered bands is going to be overwhelming.